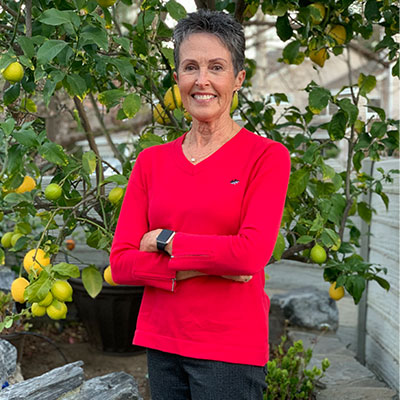 No Symptoms and the Picture of Good Health

Melissa Silver is an active and healthy 71-year-old Westlake Village resident. She golfs, hikes and does TRX fitness, so when she learned she needed mitral replacement surgery, she was admittedly taken aback. “I had no idea that there was a problem,” says Silver. “I had absolutely no symptoms— just a gut feeling that I should get checked out.” Silver had just switched primary care providers and during her annual physical her EKG looked odd. Cardiologist Dr. Janki Shah referred Silver to cardiac surgeon Dr. Gregory Fontana at the Cardiovascular Institute of Los Robles Health System.

Unlike many heart patients, Melissa was not an emergent case – but her situation was serious. “The hardest part was the anticipation,” says Silver. “We had travel plans that I could not change, so, I scheduled the surgery 2 months out.”

“Melissa was active but several tests indicated her heart was suffering,” says Dr. Fontana. “She had leaky mitral and tricuspid valves. Her heart was dilating which indicated that although she had no symptoms her heart was decompensating. We performed a minimally invasive procedure to repair both valves. Her result was excellent and she went home 3 days after surgery. The small incision resulted in a prompt recovery and return to her active lifestyle.”

Only 4 days after her surgery, Silver was able to walk up and down her stairs at home. “It’s honestly surreal,” says Silver. “My heart was stopped and I was on a heart lung machine during surgery and I am living today as if nothing happened—except for a few scars.” Silver was walking within a week of surgery and playing golf just a few months later. “If anything, I had to stop myself from being too active,” she says.

Three months post-surgery, Silver feels great. She is doing everything she did before. “We as women tend to ignore things but in my case I had nothing to ignore,” says Silver. “I just had great doctors who worked together to make sure I was well. At the very least, as you get older, get regular check-ups. You never know what might be brewing.”